Rochdale Riverside is hailing a bumper 2021, which saw footfall hit almost 1m, despite the challenges of the pandemic.

Footfall has steadily climbed since our opening in spring 2020, with 933,000 visits recorded last year.

Helping to drive the increased footfall was a crop of new openings in 2021, including high street favourites Nando’s, New Look and Dunkin’ Donuts. Loaded Burgers also opened their doors in the first few weeks of this year.

Councillor John Blundell, cabinet member for regeneration and communications at Rochdale Borough Council, hailed the success of the development.

He said: “Rochdale Riverside is something the council, RDA and Genr8 have been developing for a number of years and none of us could have predicted that its opening would have coincided with an international pandemic.

“Despite this incredibly challenging backdrop, the scheme has gone from strength, with a further seven occupiers signed and now operating since covid hit. The fact that it’s thrived in the way it has shows that major operators and high street names see Rochdale as a really attractive prospect for investment and will help us attract even more businesses and opportunities into Rochdale as we continue to build a better borough.”

The scheme has also created 455 permanent jobs, with almost 70 per cent of these being Rochdale borough residents.

In addition to M&S and many others, Rochdale Riverside has also brought in names which have never had a presence in the borough before, including a large, two storey H&M and a Next store.

It has also brought a cinema, Reel, to the town centre, for the first time in almost three decades, while Puttstars mini golf and restaurants like Heavenly Desserts, Crust Pizza and Nando’s have also bolstered the town centre’s leisure offer.

Rachel Byrne, Rochdale Riverside manager, said: “We’re delighted with the popularity of the Riverside scheme and it will only get better, with more units expected to open this year.

“Being such a flexible space, Rochdale Riverside now hosts events like the regular vegan and artisan markets and the Christmas lights switch on, which also help to bring people in to support the Riverside scheme, along with the wider town centre and its large business community.” 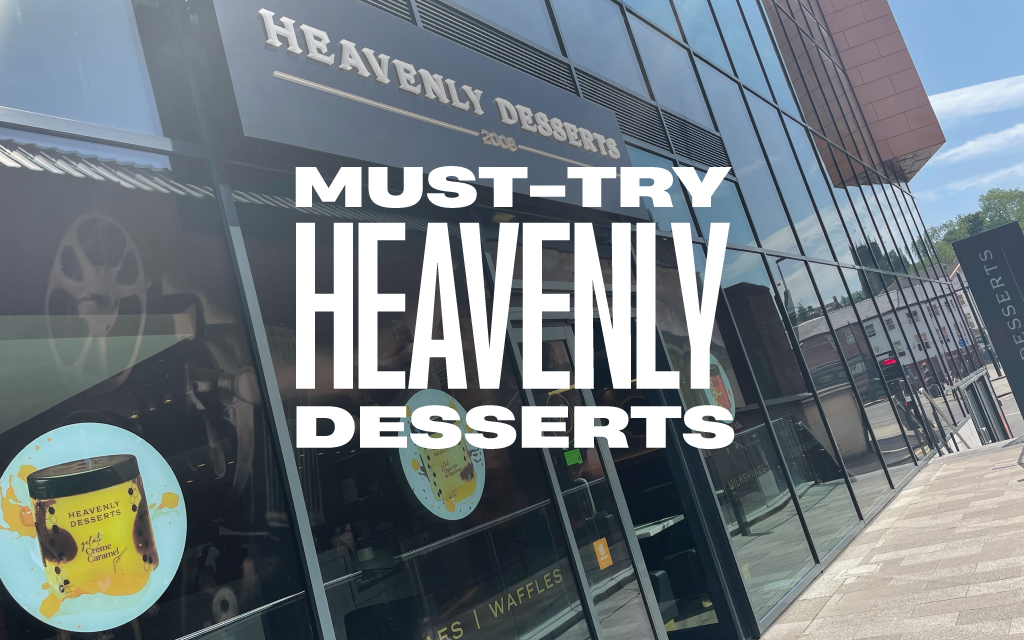 Taste a little bit of heaven, with our Top 5 must try Heavenly Desserts

There is so much choice at Rochdale Riverside Heavenly Desserts, whether you’re eating in or taking out, there’s…

Stay stylish this winter with a @marksandspencer c

Did someone say FREE drink? ð® Download the @du

All retail stores will be closed on Monday 19th Se

We use cookies on our website to give you the most relevant experience by remembering your preferences and repeat visits. By clicking “Accept”, you consent to the use of ALL the cookies. However you may visit Cookie Settings to provide a controlled consent.
Cookie settingsACCEPT
Manage consent

This website uses cookies to improve your experience while you navigate through the website. Out of these cookies, the cookies that are categorized as necessary are stored on your browser as they are essential for the working of basic functionalities of the website. We also use third-party cookies that help us analyze and understand how you use this website. These cookies will be stored in your browser only with your consent. You also have the option to opt-out of these cookies. But opting out of some of these cookies may have an effect on your browsing experience.
Necessary Always Enabled
Necessary cookies are absolutely essential for the website to function properly. These cookies ensure basic functionalities and security features of the website, anonymously.
Functional
Functional cookies help to perform certain functionalities like sharing the content of the website on social media platforms, collect feedbacks, and other third-party features.
Performance
Performance cookies are used to understand and analyze the key performance indexes of the website which helps in delivering a better user experience for the visitors.
Analytics
Analytical cookies are used to understand how visitors interact with the website. These cookies help provide information on metrics the number of visitors, bounce rate, traffic source, etc.
Advertisement
Advertisement cookies are used to provide visitors with relevant ads and marketing campaigns. These cookies track visitors across websites and collect information to provide customized ads.
Others
Other uncategorized cookies are those that are being analyzed and have not been classified into a category as yet.
Save & Accept
Powered by